The English capital is currently the most visited city in the world. This is mainly because London is home to an abundance of internationally known sites that attract travellers from all four corners of the globe. In fact, the largest city in Britain is the location of so many interesting places that tourists have a hard time planning their traveling itinerary, especially if they are on a short-term vacation. This is why, we decided to highly several London landmarks that have to be visited at all cost. 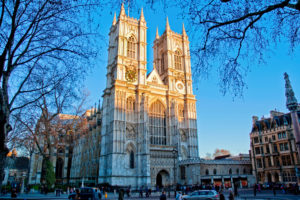 Formally known as the Collegiate Church of St. Peter at Westminster, this religious edifice is arguably England’s most famous church. The structure dates back to the 10th century and was the subject of a major reconstruction project during the early 16th century. The towers were constructed during the 18th century and are 69 metres tall.  Since 1066, Westminster Abbey has been the site where the coronation of all English and British monarchs is being held. The church has also held 16 royal weddings.

St. Paul’s Cathedral is another well-known religious edifice in the English capital. The structure sits on Ludgate Hill, one of the highest points of the City of London and is built on the same site where once stood a 7th century church, which was also decided to Paul the Apostle. The currently building dates back to 1697 and was designed by the renowned English architect, Sir Christopher Wren in the English Baroque architectural style.

The Tower of London is one of the four UNESCO World Heritage Sites situated in London. The stronghold is officially known as Her Majesty’s Royal Palace and Fortress of the Tower of London. The White Tower is the oldest structure of the complex and was built under the order of William the Conqueror in 1078. Throughout the centuries, the castle has served numerous purposes and today is one of the city’s most visited touristic sites as it houses the Crown Jewels of England. The Tower of London is located in the Borough of Tower Hamlets in close proximity to Tower Bridge, which is another prominent London landmark. The other World Heritage Sites in the British capital are: 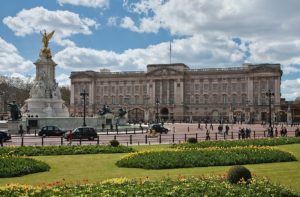 The official residence of the British Royal Family is arguably the most famous edifice in the English capital. The structure was originally constructed for the Duke of Buckingham in 1703 and was acquired by King George III in 1761. Since then, the palace has been the subject of numerous renovation and expansion projects. It became the royal residence in 1837 with the accession of Queen Victoria on the British throne. Buckingham Palace is situated in the City of Westminster, which one of the capital’s most affluent and desirable districts. Aside of the amazing architecture and world-renowned sites, the area is also the location of some of the city’s most opulent houses and residential blocks, and is served by a large number of contractors including seasoned sanitation experts that provide high quality cleaning services in London.

London Eye is among London’s modern landmarks. The gigantic Ferris wheel was officially opened in 1999 and welcomed its first passengers in 2000. It is the forth-tallest structure of its kind in the world with a height of 135 metres. The wheel comprises of 32 sealed capsules, which represent every borough of the city and have a combined capacity of 800 passengers. According to the latest statistics, the London Eye is visited by an estimate of 3.5 million people on a yearly basis.

Situated in the district of Bloomsbury, the British Museum is the most visited exhibition venue in the United Kingdom. Established in 1753, the gallery is dedicated to the evolution of arts, culture and human history. It houses one of the largest collections of relics in the world and it displays some of the most significant archaeological items and artworks in the world. Currently, the British Museum is the fifth most visited gallery on Earth with over 6.8 million visitors annually. The venue has no entrance fee, which makes it a budget-friendly landmark.

The Palace of Westminster is the meeting place of the British parliament. As the name suggests, the building is located in the district of Westminster in the central parts of London. It is undoubtedly one of London’s most distinguishable edifices. The current structure is the third incarnation of the palace as the previous two were destroyed by fire. It was built from 1840 to 1870 and designed by Charles Barry in the Perpendicular Gothic Revival style. The building is classified as a Grade I structure and is among the most visited places of interest in the English capital.

Most people know this structure as Big Ben, which in fact is the nickname of the tower’s Great Bell. It is unequivocally the most emblematic and recognisable building in London and the United Kingdom. The clock tower is adjacent to the above-mention Palace of Westminster and dates back to 1859. Designed by Augustus Pugin, the structure was for several years the tallest building in the English capital. Its four-faced striking and chiming clock is one of the most accurate on the planet. In August 2017, a major renovation project started, which will keep the clock’s bell silent and that will last for period of about four years.

The Natural History Museum lies in South Kensington and welcomes over 5.2 million visitors annually. It was founded in 1881 and is one of the most important venues of its kind in the world. It has a collection of over 80 million items, which are divided into five different categories: botany, zoology, entomology, palaeontology and mineralogy. It was part of the British Museum until it became a separate institution in 1963. The museum lies in close proximity to the Albert Museum and Science Museum, which are two more renowned exhibition galleries in London.

Contemporary Art Norwich is a web blog about Art in general, art around London and about London in general.

Why You Need To Start Using A Steam Cleaner To Clean Your Car?

Cleaning the interior of your car can be difficult – especially when you don’t know how to do it and which tools to use. For example, I used to vacuum clean my car as well as dust it from time to time. This, however, doesn’t really deep clean the seats – a vacuum cleaner can […]

How To Properly Wash Your Microfiber Cloths?

A lot of people use microfiber cloths whenever they clean their homes – and this is amazing. Microfiber cloths are probably the best tool you can use when cleaning, dusting, or even disinfecting any surface out there. If you happen to still use paper towels then just switch to microfiber cloths – it will change […]